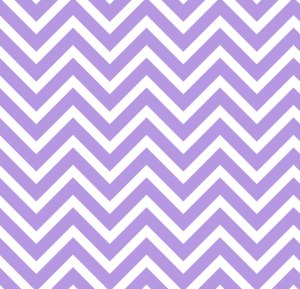 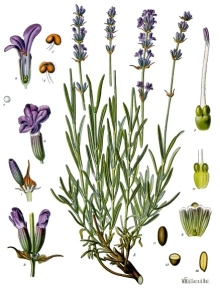 Lavender essential oil usually refers to any of the botanical lavenders in general but the most commonly grown lavender for essential oil production is Lavandula angustifolia – sometimes referred to as “true lavender”. This used to be called Lavandula officianalis which is an older classification, and is also still called English Lavender. I have also seen this oil called “fine lavender”.

A typical analysis of this oil shows a high linalyl acetate and linalool content. This accounts for the scent of lavender among many things, and linalool has also been shown to have a calming action. As for most essential oils, there may be a few primary chemicals but there are often many other constituents. It is the oil as a whole that gives it a unique character.

I have two different bottles of Lavandula angustifolia wild harvested from the same island off the Yugoslav republic. They have slightly different scents even though it’s the same plant, it just comes from a different area. 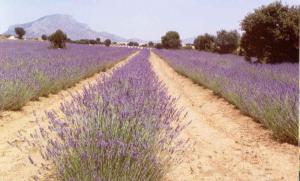 This lavender is Lavandula latifolia and is also grown for essential oil production. It can also be classified as Lavandula spica and the difference between this lavender and true lavender is the chemical composition. Spike lavender is much higher in camphor and also 1-8 cineole (high in eucalyptus oil). It is more pungent and the scent of camphor is strong.

This variety is grown in Spain, Portugal and France and they do vary in scent. I haven’t used or smelled Spanish Spike Lavender, but is is claimed by two Aromatherapists I admire, that the French Spike lavender is a lot softer and sweeter than the Spanish oil. The French oil has less camphor. It is interesting to note here that there are many ways an oil can vary in scent even when it is the same cultivar. The makeup of the soil and local temperatures play a big role in these variations.

True lavender tends to be the prettier plant with a prettier scent. 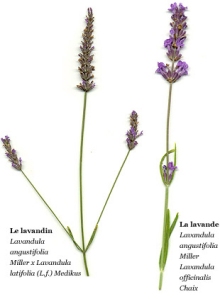 Lavandin is grown in France but I’m not sure where else! It is a cross between Lavandula latifolia  and Lavandula angustifolia. It s often used in place of lavender in body products, and any lavender product you can think of. I have a huge bottle of lavandin a friend recently brought back from France and it’s lovely. It has more camphor then true lavender so I have been using it as I would spike lavender. I would say lavandin and spike lavender oils are great for warming for muscles, aches and pains and to move cold energy out of the body. 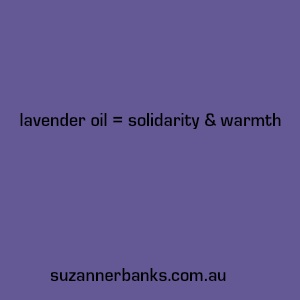 This only scrapes the surface of all the lavender out there and if you’re a gardener you’ll know this is somewhat simplified. These are the main lavenders used for essential oil production and I love and use them all!