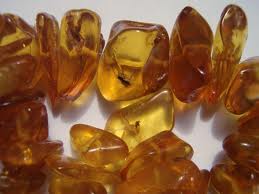 Baltic Amber – from a few different tree species in the Mediterranean

The other day my client asked me about amber oil. I told her that I’d researched it years ago and that it didn’t seem to be straight forward – and that I’d forgotten everything too, and that I never used it. She had a little sample of resin and it did smell beautiful. So what is her sample, really?

Liquidambar orientalis – the sap from the tree

Here’s what I can gather about the truth of Amber oil.

Ah yes the lovely scent of sperm whale poo and vomit. The ambergris seems to be a secretion in the digestive system of the whale to protect it’s gut from spikey cuttlefish. It is excreted with fecal matter, or regurgitated if the amount is too large to pass.The story goes that this intriguing substance was found around the Atlantic Ocean along the shorelines of many countries including Australia and NZ, Japan, South Africa, The Maldives and other areas in the world. Apparently as it aged, the scent changed to a sweet balsamic, earthy odour and was therefore grabbed and distilled by perfumers to use as a fixative in scents. It can still be found today and is worth a lot of money! If you have a perfume with that listed it would be synthetic. All perfume is synthetic anyway, so don’t panic, there’s no vomit in your fragrance.

This seems to have more credit in the ‘amber stakes’. The name also has “amber” in it so there’s a bit of a hint (or coincidence). This gorgeous tree is planted all over Sydney and I believe it originates from the Mediterranean region, particularly in Turkey. The trees are referred to generally as “sweet gum” and these forests in Turkey (according to wikipedia) are under threat due to dam building and clearing for agriculture. This oil is also produced in India, and the tree is also native to India.

In English, this oil is known under several names, shortly as Storax to include all sweetgum oils, or as Styrax Levant, Asiatic Storax, Balsam Storax, Liquid Storax, Oriental Sweetgum Oil, or Turkish Sweetgum Oil. …. it is used externally in traditional medicine for abrasions, anxiety, bronchitis, catarrh, coughs, cuts, ringworm, scabies, stress-related conditions and wounds. It is a different product than the benzoin resin produced from tropical trees in the genus Styrax.

I have never used this oil but now I’m a bit desperate for it. It sounds bloody gorgeous. We had a beautiful liquid amber tree in our backyard when I was growing up. I did a school project on it – if I’d only know it contained a medicinal, scented secret!

As with Frankincense and Myrrh, the tree is tapped and the sap collected. To produce the oil, the resin then undergoes steam distillation.

Baltic Amber with a fossilised insect

Baltic amber refers to fossilised tree resin from a variety of conifers living around the Scandinavian countires and the Baltic region. The Pinus succinefera is one of these trees and this stone is sometimes referred to as succinite (and also because it contains succinic acid).The Baltic region contains most of the world’s supply of amber which could be between 40 to 60 million years old! Oh dear should we really be digging this up?

So this leads us to the claims that this stone can produce a resin, then an oil.

This fossil relates to the Baltic Amber above. But can the stone produce this oil? How is it extracted? Dry distillation could be used, whereby a solid is heated to produce gasses and materials which are then condensed and collected. This is a fossilized resin so I’m wondering if the claims that the oil is Pinus succinefera – fossil, are false.

There are stories of this stone and resin/oil being used by the Romans and Greeks to use medicinally and in rituals. Did they have dry distillation techniques or were they collecting sap and distilling it?

It’s all very interesting and if anyone has anything to add or can clarify any of these claims I’d be grateful. Just leave a comment.

My money is on Liquidamber orientalis but none of my trusted suppliers sell this. Hmmmmm. 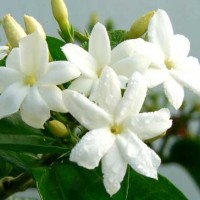